Unlock The Power Of The Ensoniq MR Synth Engine 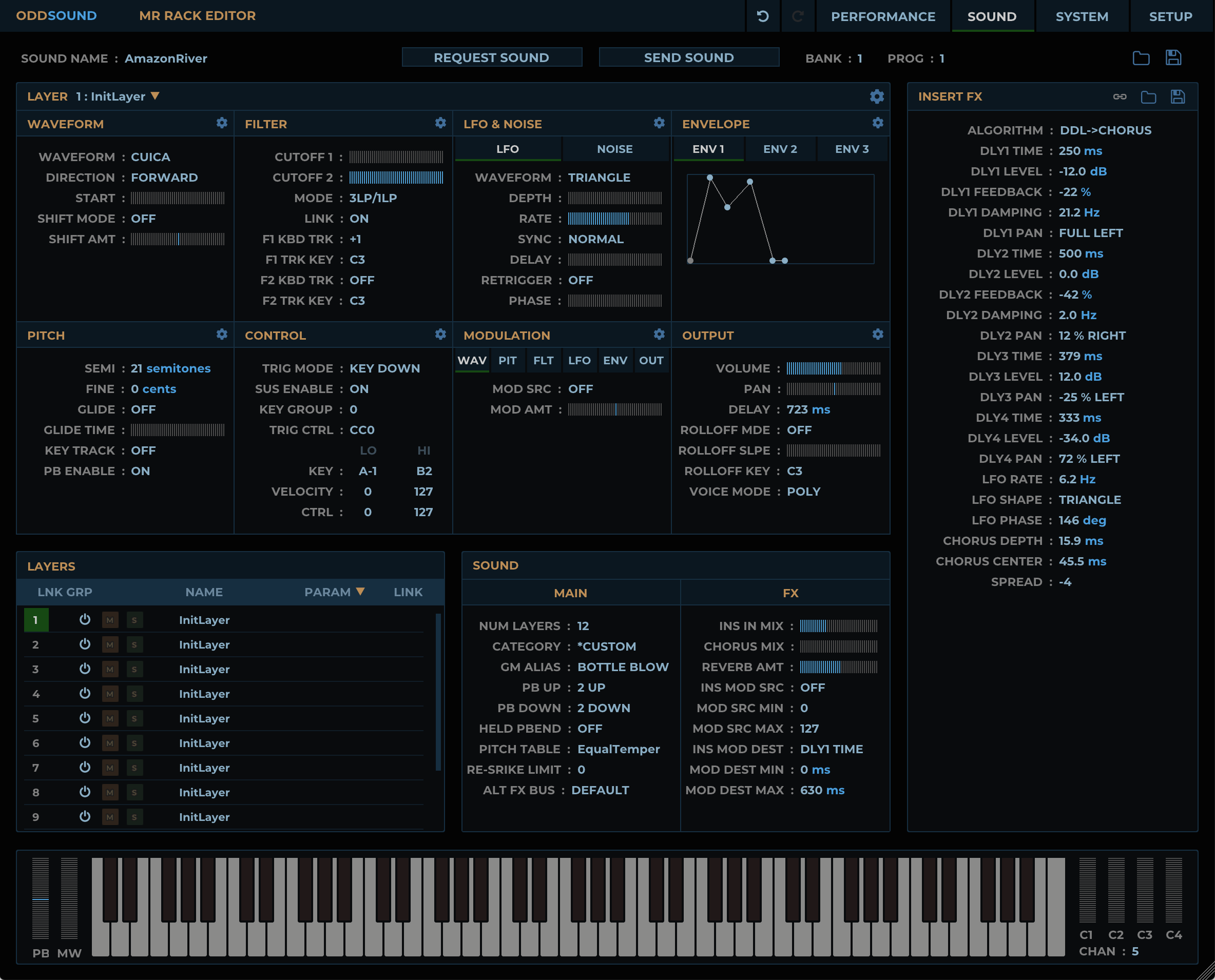 The Ensoniq MR series of synthesisers was released in the mid 90s. A rack version and three keyboard versions were produced, all featuring a powerful synth engine able to create complex sounds consisting of up to 16 individual layers. To simplify operation, sounds could not be edited from the hardware, only via a software editor. This editor software allows the sound creation potential of the MR series to be unlocked using a modern computer, either running standalone or in any DAW supporting VST, VST3, AU or AAX plug-in formats.

In addition to editing sounds, this editor features a bank manager for transferring and organising banks of sounds, a full performance editor (MR Rack only), a drum kit sound editor and the ability to send, save and recall insert FX presets and system parameter dumps.

The MR Rack has a number of differences to the keyboard versions and as such we have created a separate editor for it. Both the rack and keyboard versions of this editor are included in the installer and you will be licensed for both on purchase.

or continue as guest.
We will automatically create an account for you when you complete payment and email you details on how to log in. If you already have an account, we will add new licenses to your existing account.
Use the form above to pay with credit/debit cards, or click the logo to the right to use Paypal :